According to the National Stokvel Association of South Africa (NASASA), there are roughly 810 000 active stokvel groups consisting of over 11 million South Africans, collecting an estimated R50 billion annually. Nearly 40% of South Africa’s adult population are members of a stokvel.

A stokvel is defined as a savings or investment society in which a group of people agree to save money together for a defined purpose, by way of contributing a fixed amount of money over a specific period of time. Originally stokvels were known as “stock fairs” dating back to the 19th century by English settlers in the Eastern cape as a rotating cattle auction. This was an in person gathering, and attendance was key for participation. The foundation of such a culture was trust.

This financial vehicle has since evolved into a unique financial system created within communities by members and for members, built on need, trust and a common goal for financial liberation.

The stokvel market has grown remarkably and, over time, the types of stokvels have increased significantly from rotational, grocery, investment, burial right down to social stokvels. Stokvels have become a key financial vehicle that many people rely on, amassing revenue in the billions.

The increasing numbers, financial potential and popularity of stokvels has resulted in scammers trying to swindle stokvel groups out of their hard-earned savings and investments by posing as a lucrative investment scheme or some other form of financial breakthrough opportunity. Scammers often pose as legitimate stokvels, investment schemes or property stokvels but in reality, are nothing more than get rich quick schemes in the form of a Ponzi or pyramid scheme.

“At NASASA, we want to educate on, protect and preserve this financial system which is a legitimate means for many to achieve financial stability and wellbeing,” says Miziyonke Mtshali, Chief Executive Officer at NASASA.

It is important to NASASA to ensure that members of stokvels are protected from scammers, this can only be done through education and awareness, by ensuring that members are always able to distinguish between a legitimate stokvel and an illegal Ponzi or pyramid scheme.

he most known and popular mechanisms which scammers use are pyramid schemes and Ponzi schemes. Being able to identify these scams is key to safeguarding yourself from them.

A pyramid scheme requires its members to recruit other people as members and the few top-level members recruit newer members, who pay upfront costs, to those who enrolled them.

In fact, money simply exchanges hands with no real economic activity or products attached and is just a smoke screen to hide the pyramid scheme. Significant returns are derived from the recruitment of people, with the majority of financial return being made by the top tier people through administration fees charged to new recruits.

With a Ponzi scheme, members are promised huge returns within a short period of time and are based on fraudulent investment management services, which are disguised as legitimate business investments.

Members contribute money to the “portfolio manager” who promises them a high return. When those members want their money back, they are paid out with the incoming funds contributed by participants who join at a later stage. By merely transferring funds from one client to another, there is no real investment product at all.

In terms of a legitimate and sustainable savings vehicle, a stokvel works because many people find it easier to save when they do it in a group. A stokvel member knows where his/her money is kept and when and how much will be paid out. Furthermore, most stokvel members know each other and have a genuine and enduring relationship, based on trust.

It is vital that South Africans know and are able to distinguish financial scams from stokvels and legal saving vehicles from illegal schemes. A platform such as Money Smart Week South Africa is hoping to educate South Africans about this, as well as many other ways to become more financially savvy.

Money Smart Week South Africa (MSWSA) is a financial literacy campaign aimed at motivating and empowering South Africans to become better educated about their finances. MSWSA 2021 is taking place between the 22 and 28 March 2021 and will consist of a host of events and other initiatives taking place throughout the week, many of which will be live streamed on www.mswsa.co.za. 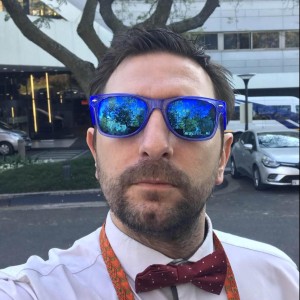